Jazz and Poetry at the Belgrade Theatre

The Jazz Scene was a major part of the Umbrella Club up until about 1969, and this quote from Jazz Journal indicates it's importance as a venue -

"Jazz Journal are once again sponsoring a jazz symposium at the Umbrella Club in Coventry. Dates are 13th and 14th April and full details are available from Don Lindon, The Umbrella Club, 18, Queen Victoria Road, Coventry."
Found on the Storyville site here
http://archive.nationaljazzarchive.co.uk/archive/journals/storyville/storyville-016/52430

POETRY AND JAZZ AT THE BELGRADE 1961 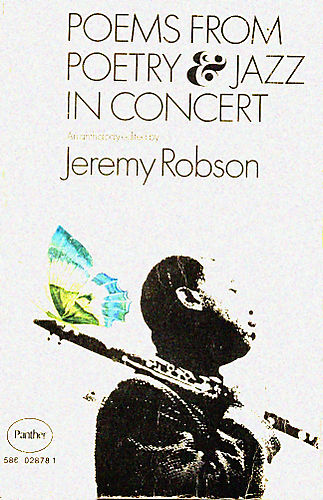 This book is now out of print but a few second hand copies on Amazon http://www.amazon.co.uk/Poems-Poetry-Concert-Jeremy-Robson/dp/0285502409

"Coventry was therefore at the beginning of what led to hundreds of Jazz Poetry concerts around the country in the early 60's. This was no small movement" - 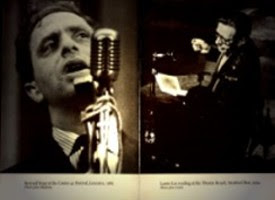 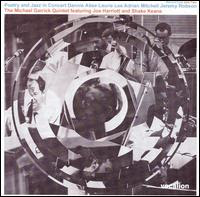 In the book POEMS FROM POETRY AND JAZZ IN CONCERT, Jeremy Robson, mentions that in 1961, after an initial concert at Hampstead Town Hall and another at the Royal Festival Hall, he was invited to organise a Sunday concert at the Belgrade Theatre, Coventry. "At the Belgrade Theatre (Sunday 25th February 1962), the Michael Garrick Trio, with trumpeter Shake Keane as guest artist, participated for the first time. Arnold Wesker was in the audience and later asked me arrange a series of concerts for his forthcoming Center 42 Festivals."
Coventry was therefore at the beginning of what led to hundreds of Jazz Poetry concerts around the country in the early 60's. This was no small movement - of the Royal Festival Hall gig the Daily Herald wrote "The poets went to the Festival Hall yesterday, read their poems...and three thousand people gave them the reception normally reserved for the great names of music. I call that a bit of history!" Audience remained large throughout the country averaging about 400. The early concerts were naturally rough edged but soon assumed a more ''ordered and purposeful shape" with generally four poets reading, two in each half, with specially written interludes of Jazz played as 'bridges' between readers - also a few poems with Jazz.

The Jazz provided a relaxed and unpretentious atmosphere in which 'straight' poetry can be listened to and enjoyed. For the musicians, the advantage is a new and attentive audience. Michael Garrick, the brilliant pianist-composer whose original compositions greatly contributed to the concerts' success, underlined this point in the Poetry Review. "People who love Jazz and hate poetry are learning something new; people who like poetry only, begin to find 'there's something in Jazz' " .. if we've proved nothing else, we have shown that people are not so easily categorised as is often assume.


"The tour began at the Belgrade Theatre, Coventry with a line up of Dannie Abse, Laurie Lee, Spike Milligan, Adrian Mitchell, Jeremy Robson and the Quartet, with Shake Keane on trumpet and flugelhorn, bassist Johnny Taylor, and Colin Barnes on drums….A little later Jeremy was able to extend the budget so we could also have Joe Harriott – at £10 a gig the money was good. Many musicians were derisory about poetry and jazz but Shake and Joe had a natural feeling for what was going on and a willingness to be involved in something which audiences
found novel and fresh”

Excerpts for some of the poems : -

the life we do not lead
has the sleek hulls of ships moored to each bank
strange in our need as women and just as ignorant.

THOUGHTS ABOUT THE PERSON FROM PORLOCK
Coleridge received the Person from Porlock
And ever after called him a curse,
Then why did he hurry to let him in?
He could have hid in the house.

It was not right of Coleridge in fact it was wrong
(but often we all do wrong)
As the truth is I think he was already stuck
With Kubla Khan.

He was weeping and wailing: I am finished, finished,

I shall never write another word of it,
When along comes the Person from Porlock
And takes the blame for it..

NO SENSE OF DIRECTION

I have always admired
Those who are sure
Which turning to take,
Who need no guide
Even in war
When thunders shake
The torn terrain,
When battalions of shrill
Stars all desert
and the derelict moon goes over the hill:


Eyes chained by the night
They find their way back
As if it were daylight.
Then over, on peaceful walks
Over strange wooded ground
They will find the right track,
Know which of the forks
Will lead to the inn
I would never have found.... 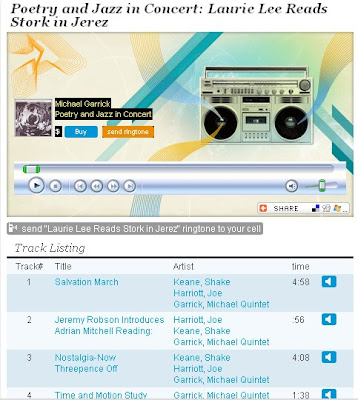 You can hear sound bites from the concert album here - http://www.artistdirect.com/nad/store/artist/album/0,,3666602,00.html

Some of these poets read at the Umbrella club or the Lanch and Warwick Arts festivals. Combining poetry and music 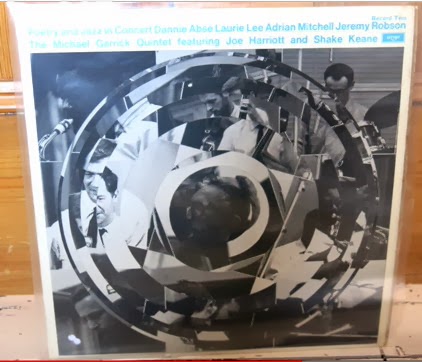 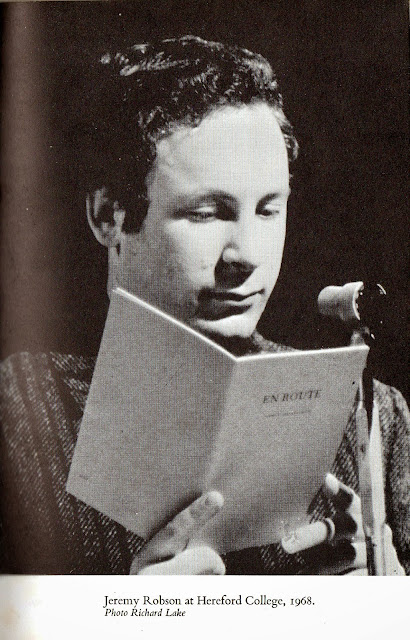 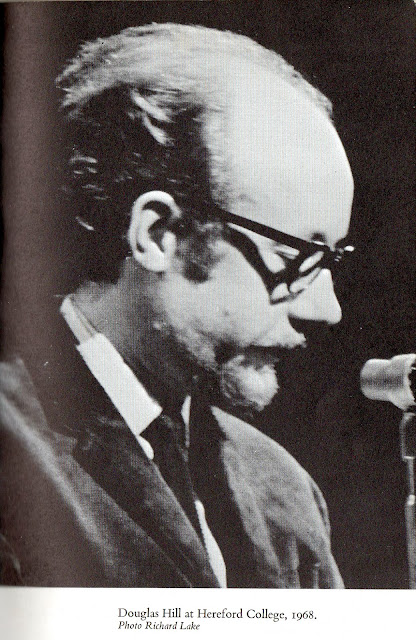 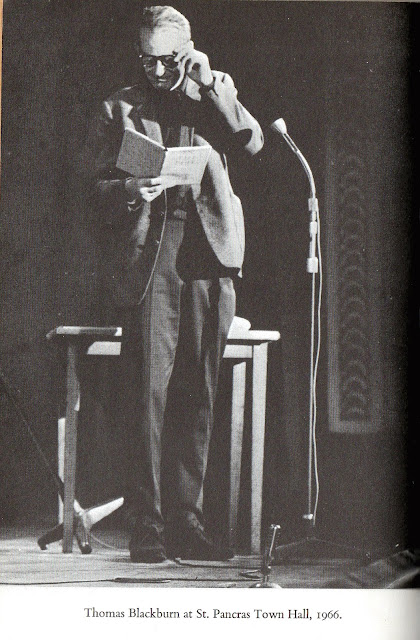 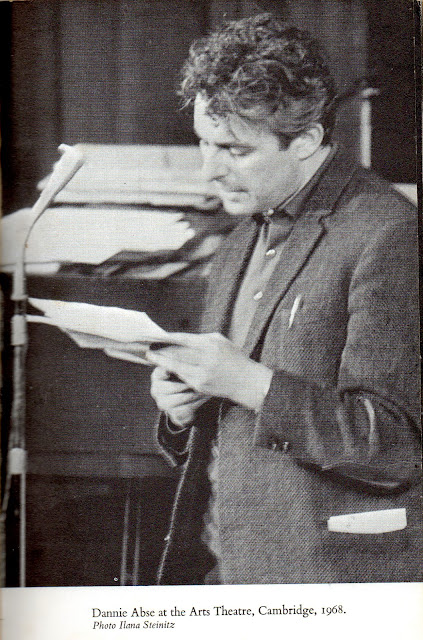 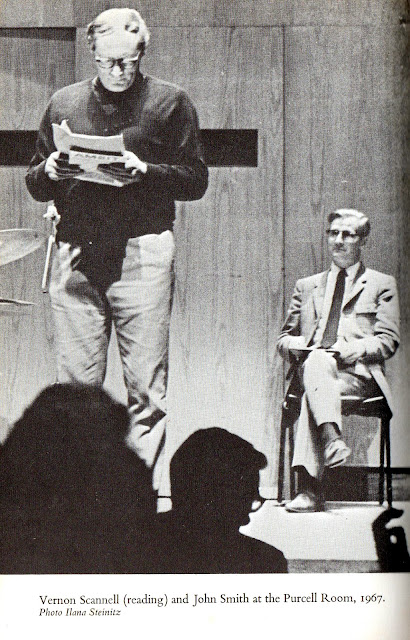 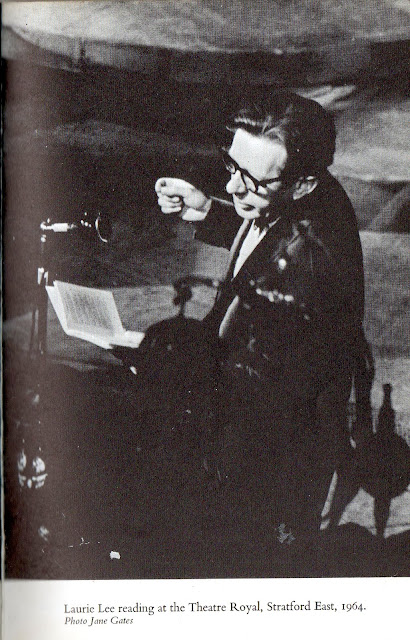 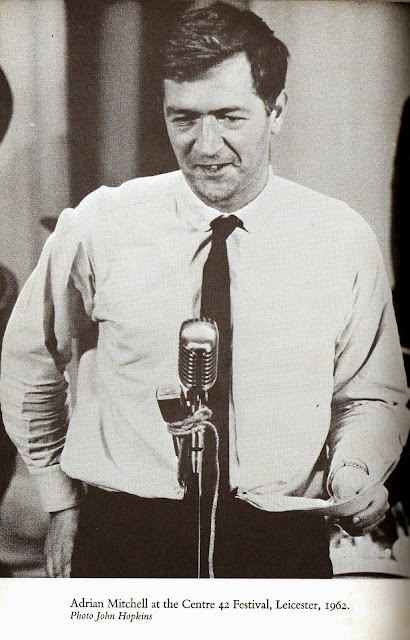 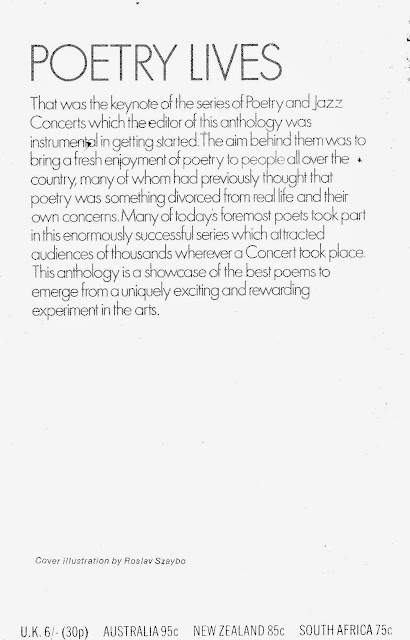 Backcover of Poems from Poetry & Jazz in Concert. 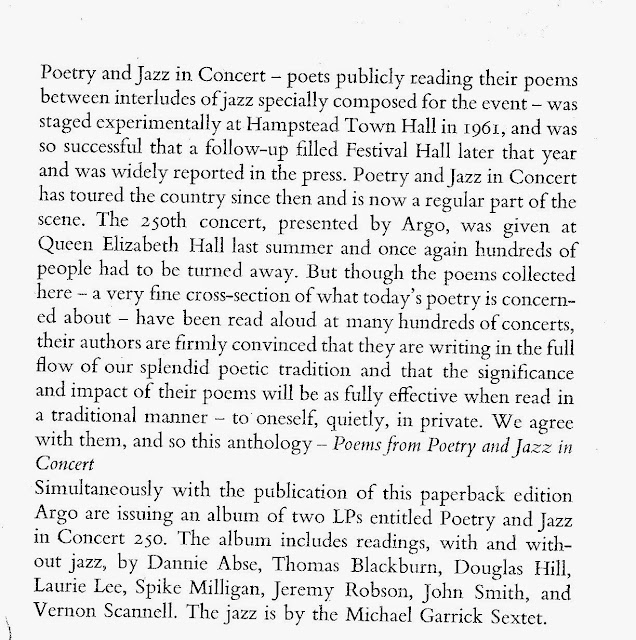 Inside Poetry and Jazz in Concert 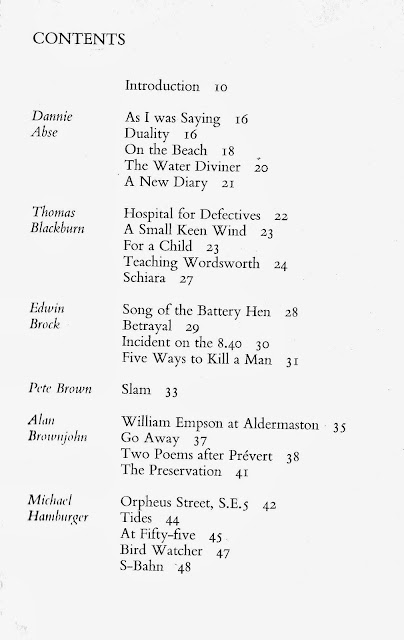 Contents of poetry & Jazz in Concert 1 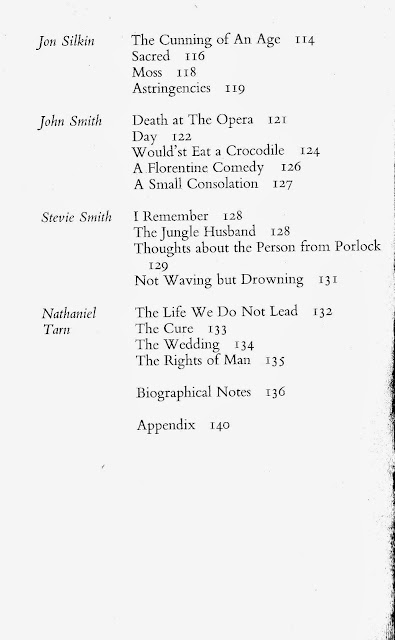 Contents of Poetry & Jazz in Concert 2 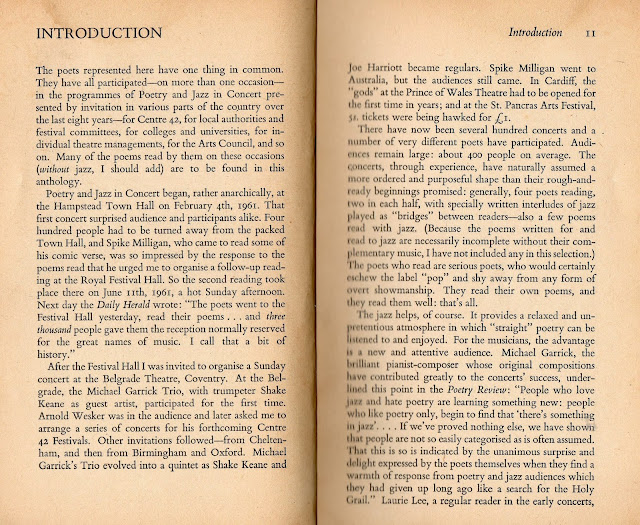 Introduction pt 1 to Poetry and Jazz in Concert 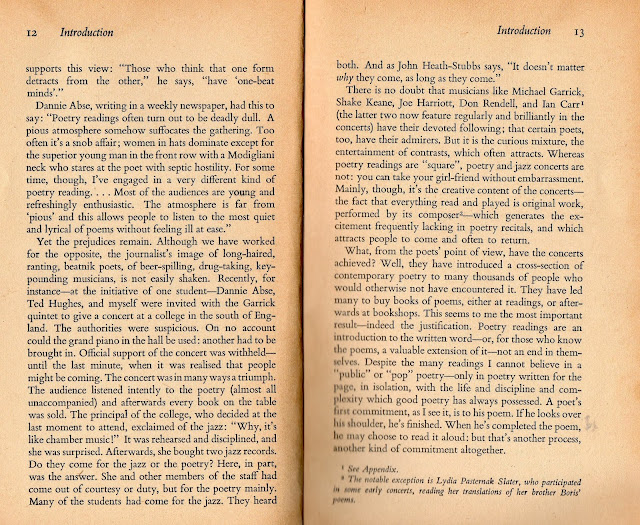 Part 2 Introduction to poetry and Jazz in Concert 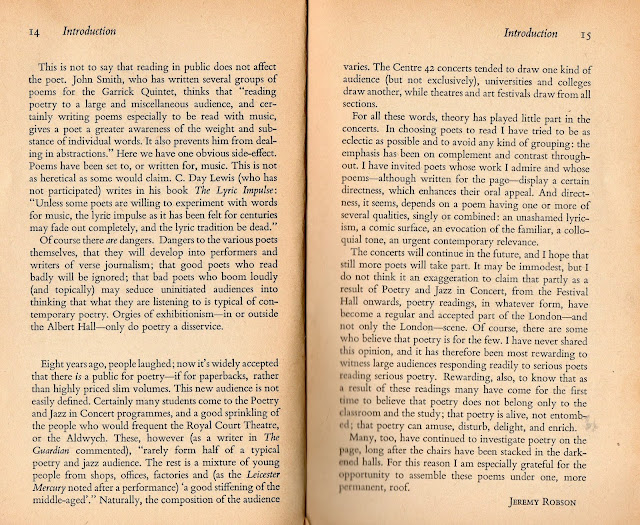 Introduction to poetry and Jazz in Concert part 3.


A track from the 1964 Poetry and Jazz in Concert LP (Record Two)
Written by Garrick, with Harriott and Keane and John Taylor (bass) and Colin Barnes (drums)

Recorded not long after Harriott and Keane had created and recorded their Free Form music and when you listen to the interplay between them it shows!

Pete Brown was one of the poets and later in the 60's went on to write lyrics for Cream like this one performed with his own band - White Room. Coventry keyboard player Bob Jackson - formerly with Coventry progressive band - Indian Summer who played at the Umbrella club several times, went on to play with Pete Brown's Piblokto band in 1973 / 4 before joining Badfinger.

You said no strings could secure you at the station.
Platform ticket, restless diesels, goodbye windows.
I walked into such a sad time at the station.
As I walked out, felt my own need just beginning.
I'll wait in the queue when the trains come back;
Lie with you where the shadows run from themselves.

At the party she was kindness in the hard crowd.
Consolation for the old wound now forgotten.
Yellow tigers crouched in jungles in her dark eyes.
She's just dressing, goodbye windows, tired starlings.
I'll sleep in this place with the lonely crowd;
Lie in the dark where the shadows run from themselves.
Lyric Pete Brown - Music Jack Bruce.

Here's one of Pete Brown's early poems from the jazz / poetry tour. 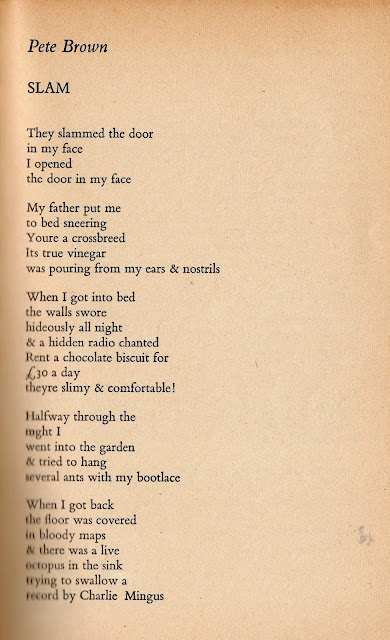 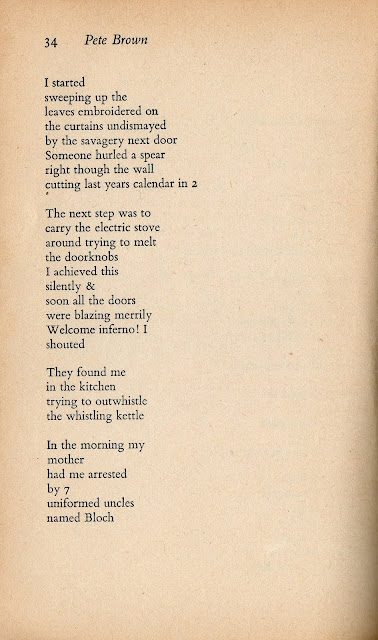 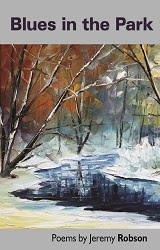 "Blues in the Park is Robson’s first collection for many years. Moving, witty, wide-ranging and contemporary, it combines melancholy beauty, surprised middle-age and a compelling commitment to the Horatian virtues of friendship and family and hearth. Blues in the Park will be welcomed by readers of Jeremy Robson’s early volumes, as well as by all those who have heard him read over the years."