Richard Sadler has passed away at 90. Richard documented the opening of the Coventry Arts Umbrella club with the Goons, in the Umbrella's original premises in Little Park Street, Coventry, in 1955. (Photos of the Umbrella Below)

His photos were published in The Journal of London Independent Photography. http://www.londonphotography.org.uk/magazine/pdf/LIPJWinter02.pdf 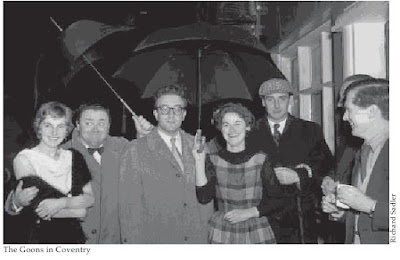 The Goons in Coventry 1955 with Umbrellas!! Photo Richard Sadler. 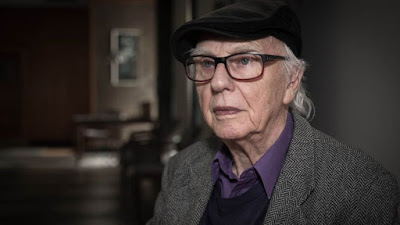 "Richard Sadler lived through the German bombing of the city and documented the rebuilding of the cathedral.

Sadler captured ordinary life around the city and the poverty that remained, despite Coventry's post-war boom.

Jason Scott Tilley from Coventry's Photo Archive Miners group, described him as "theatrical" an "extrovert" and "one of these characters who came out of that booming city after the war and made a name for himself".

He said Sadler was special because he was a perfectionist. Dr Kyneswood added that because he was a fine art photographer by trade, he was taught to take one photograph at a time and spent a lot of time framing his photos before he took them.

In his 60-year career, he worked for many of the big local companies, including Jaguar, Wimpey, the University of Derby, Courtaulds, the Royal Shakespeare Company and the Belgrade Theatre.

He also worked with playwright John Wiles on 'Never Had it So Good', a social documentary about the city, performed at Coventry's Belgrade Theatre.

A body of Sadler's work has been digitized by Dr Kyneswood and colleagues as part of the Photo Miners project.

He died at his home in Monmouthshire after a short illness. 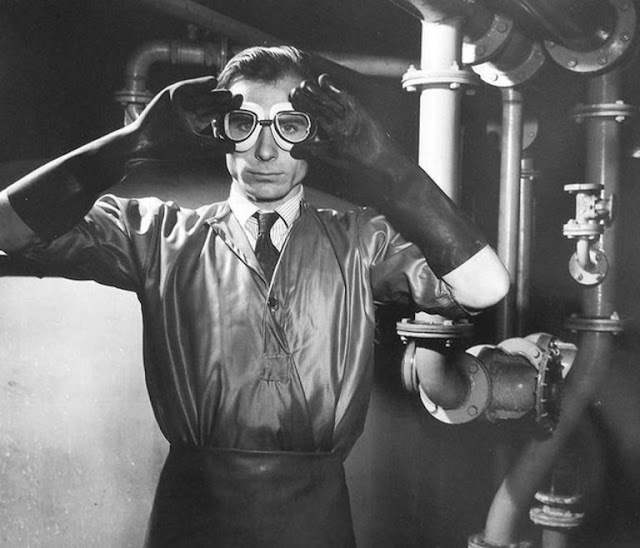 A Richard Sadler Photograph -  This man was photographed at the Coventry research centre of fabric-makers Courtaulds. 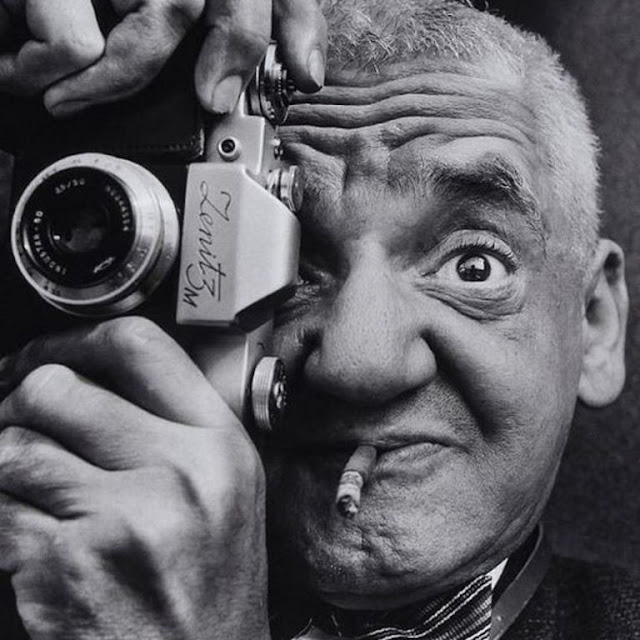 A Richard Sadler Photograph - Copies of Weegee the Famous are held by the National Portrait Gallery and the Victoria & Albert Museum among others. 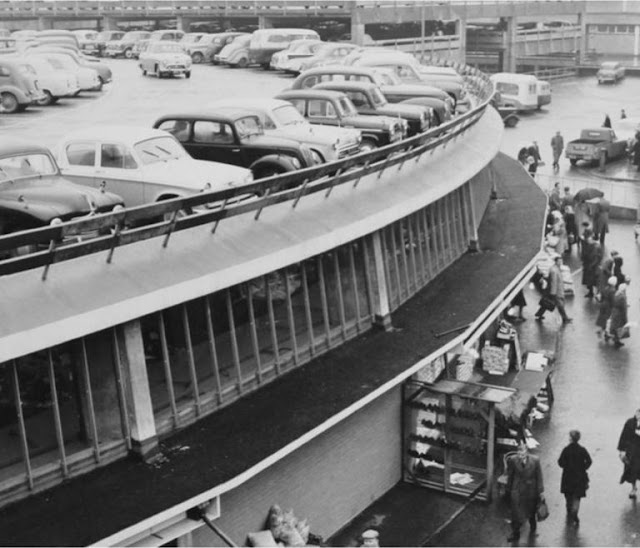 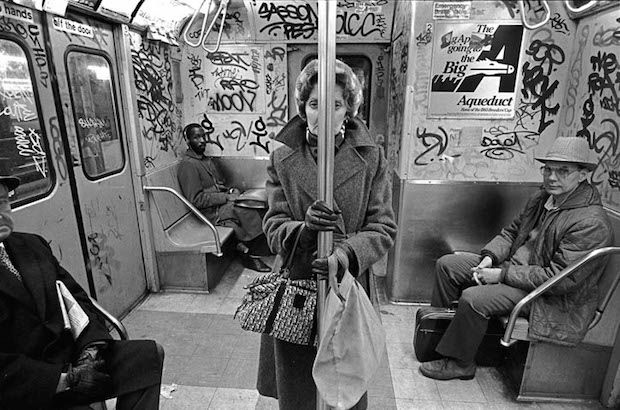 New York City is full of bustle and business, and Richard Sandler has been capturing it perfectly since the 80s. In his ongoing series, he captures a slew of New Yorkers commuting to work everyday via taxi, bus or subway or by foot. https://www.trendhunter.com/trends/richard-sadler 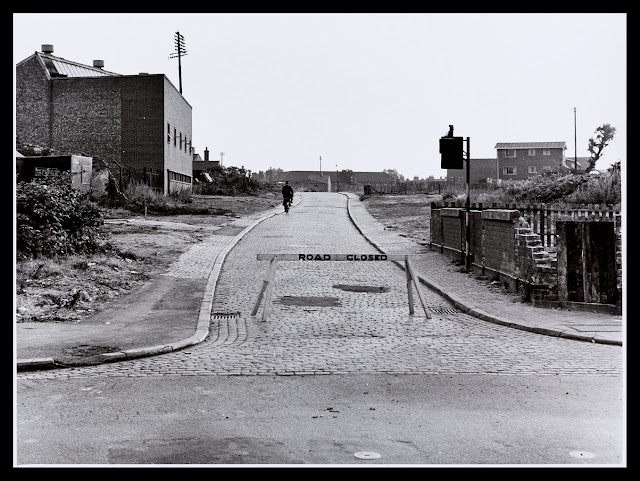 This is the article on the opening of the Umbrella Club by richard sadler from The London Independent Photographer 1955. 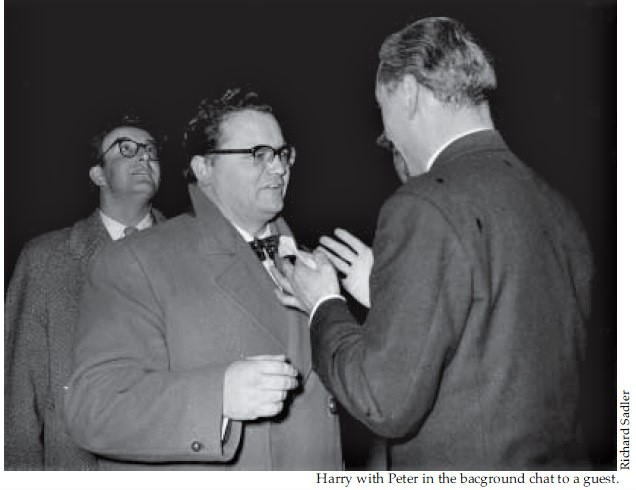 The photograph as an aide-mémoire Richard Sadler The shorter Oxford dictionary tells us that an "aide-mémoire" is a book or document serving as an aid to the memory; it goes on to say, in diplomats' terms it is a memorandium. Should we read then, photograph, in addition to book? Of course, for from the Daguerreotype to the present day the photograph has fulfilled that function, though the image, like words can also be manipulated to suit romantic ideals, serve political propaganda or simply tell the truth of the moment, or an economical version of it. It is evidence, and by the very nature of its production a document of a real moment in time. In our quest for the art of the medium we forget the strength of the photograph in this its primary role, linked, as it is, to a time and reality seen through the impartial camera. So, what are the memories within these images of a party at the Umbrella Club for the Arts in Coventry in the 1950s? The image above reminds of parties enjoyed, friends, lost, forgotten, dead, rich or famous, and a personal past of, lost or gained hopes and aspirations. The Umbrella Club is a piece of history long overtaken by a City rebuilt and continually trying to keep up with the times. It is the image with two bespectacled gentlemen (they must be gentlemen look at their overcoats, it was still clothes rationing then) talking to another whose back only is visible. Then it all comes flooding back, it is Mr Harry Secombe and Mr Peter Sellars, and in that party crowd image the man in a "deerstalker" must be Mr Spike Milligan. In spite of the formality of the times for us they were the "Goons". The occasion was the first time when our heroes, appeared on stage to delight us with their wit and wisdom. It was a flop of course, though not for us, due in the main to having a public that enjoyed them, till then, only via the radio The theatre too at that time was controlled, not on1y by the management, but the Lord Chamberlain. All theatre performances had to be approved by him and any deviations from the script, at each performance, recorded and forwarded to his office. The anarchic humour and wit of our heroes, to whom the art of the ad lib was fundamental, suffered from this bureaucratic machinery; they had in truth been "sent to Coventry'. We, the members of the Umbrella Club, would have none of that, they would come to our party to celebrate that which we would create together with them, a future of peace, prosperity and fun! The top image (p. 21) sums up that evening , as obligingly they put up an umbrella, embraced the girls and assumed a pose that would remind us of their personalities, wit and wisdom that changed , though no one realised it at the time, English humour for ever. Here’s to Sir Harry, and Peter, who died some years previously, and to Spike, who died this year. 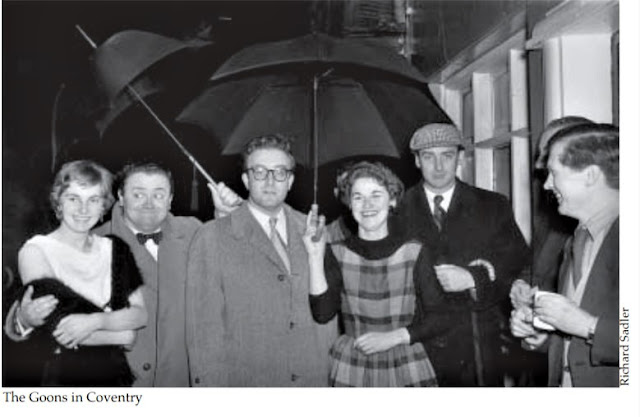 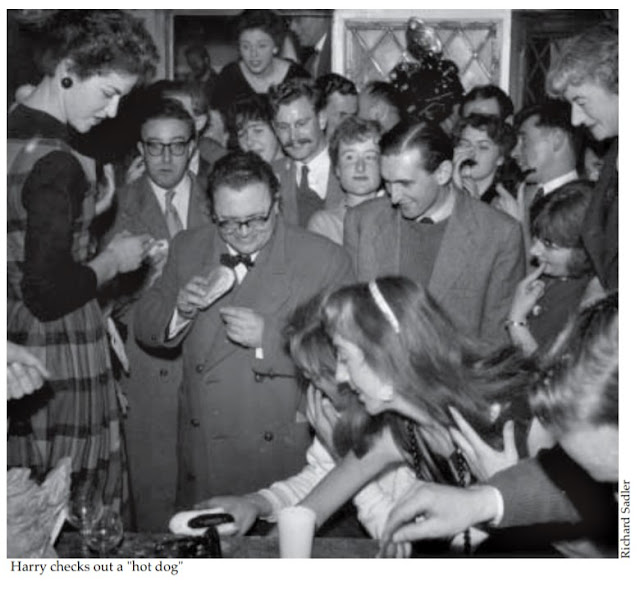 Posted by Coventry Music Scene Archive at 2:43 AM